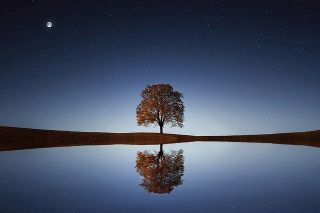 I'm still working on photos. I have made a huge dent though. Two large folders are done, and I am working on the next folder, which is larger than the last one, so I will be in it for a while. But they are correctly named and meta data added.

When I need a break I type out obits to add to the program. I have 9 left to do. No problem there! I think an obituary is my favorite source. Yes, I know they are not always right, but for the most part they are. They have a lot of hints in them that can get you to the next step. Anyway, I had a George M. Woodson that did not seem to fit anywhere into my family. I was fairly certain that he should fit in. As I was typing out his obit, the only person I recognized listed was an aunt, Cora Woodson Jaynes. I had no siblings listed for Cora in my program, though I knew her parents names. George died in Italy in 1943. I made the assumption that he was brought home for burial. I then went to Find-A-Grave. No George buried in Indiana. When I removed the place of burial, George Marion Woodson popped up, having died in Italy in 1943. He was buried in Italy. I know, duh. In my defense, most of my people that died on foreign soil in WWII were brought back for burial, at least they have grave sites in the county. I'm not going to check that they are in them!

Then, another problem. He had no parents or siblings listed on his page on Find-A-Grave. I knew from the obit that his parents were Louis and Mary Woodson. So I went looking for Louis Woodson. No luck there. I had not searched for Cora on Find-A-Grave before, so I tried that. I found her, her parents and siblings were listed. Interesting. There was a Lewis. Not Louis. Spelling can give me a headache. On his page there is no George listed as his son. In the newspaper obit I have, a John Bias was listed as an uncle. Lewis Woodson married Mary Belle Bias. On FamilySearch it was all laid out. In the obit was listed a Mrs. Reichenba and a Mrs. Mae Wheeler as sisters, while in another little blurb article about his death, sisters were listed as Mae Woodson and Mrs. Lucille Reichenba. I know where he fits now. They were all listed as children of Lewis Woodson. There was no death information on George. He was 25 when he died with no wife or child, and obviously forgotten over time. I will have to go and remedy that (and hope it stays corrected). I'll add the obit as well. Now to find sources to go with it all.

This talk about WWII got me thinking about my uncle, Ermil Trapp. He was killed in the Battle for Metz, France in 1944, part of a tank brigade. My mother, a 9 year old at the time, remembered going to meet the train carrying his body home for burial. I know that this ritual happened over and over again. I put their obits and stories on the Jackson County INGenWeb site when I was the CC there. I remember typing out the obits for two brothers. They were the only children the family had. This family gave their all, and I don't know how they kept from falling under the weight of sorrow. I would have to limit myself to only one obit and article a day because I would feel sick after doing more, I wanted to cry all the time.

These guys are the original Antifa. They gave their lives so we would not have to live under Fascism. It's time to remember that, the price they paid for this freedom we have, and hold it dear.

I'm still working on photos. I have made a huge dent though. Two large folders are done, and I am working on the next folder, which is...