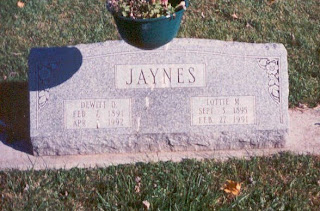 As you can see from the dates on Dee, he lived to be 101. Dee was a Miller and worked and lived in Indianapolis for a time, working as head miller at a Acme-Evans Mill there. They are buried in Riverview Cemetery in Seymour, Jackson County, Indiana.
at September 29, 2009 1 comment: 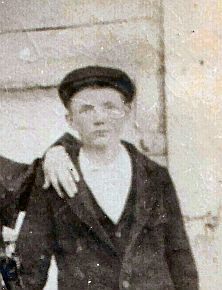 William Hays Alexander, aka."Bill", was born May 11, 1880 in Jackson County, Indiana. He was the youngest of 4 children. His parents were John and Margaret "Amanda" Atkins Alexander.

He was my great-grandfather through his eldest daughter, Della Mae.

In 1912 the City Directory he and his family living at 418 N. Pine Street in Seymour, Jackson County, Indiana.

In his 1918 according to his Military Registration Card, he was living in Crothersville in Jackson County working as a truck driver for Harlan W. White who had a grocery there. He was listed as tall and of slender build, his eyes and hair light brown. In 1920 he was working as a Mechanic at a local Seymour garage.

His father was a farmer but he apparently had no interest in farming. 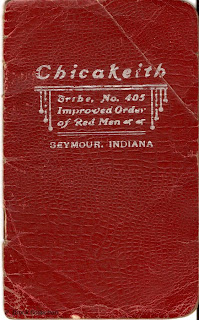 He was a member of the Order of Redmen and Haymakers. They watched over and helped his family, even planned and paid his death expenses. You can see their 1909 rule book here on the Jackson County INGenWeb site: Chicakeith Improved Order of Redmen Tribe 405

It was a very active group in the city during his lifetime. He was very involved with the group all his life.

He died on October 10, 1928 of Bright's Disease. He was only 48 years old. Bright's disease was named Dr. Richard Bright who first described it. It is a progressive kidney disease that did not respond to any treatments of the day which included bloodletting. It was a terribly painful way to die. Today the disease can treated.

William Alexander, age 48, of Glenlawn, died at 3 o’clock this morning at his home, 704 Euclid avenue, following an illness of six months. Death was caused by Bright’s disease.

Mr. Alexander was born in Jackson county May 11, 1880, and had lived in the county all his life. He was married in 1902 to Miss Ollie Martin, of near Brownstown. He was affiliated with the Seymour order of Redmen and Haymakers. The former will be in charge of the funeral services which will be held at the First Baptist church at 2 o’clock Wednesday afternoon, with the Rev. A.. Cohn officiating. Burial will be in Riverview cemetery.

The body is in state at the Tower funeral parlors where friends may call between 6 and 9 o’clock this evening. Besides the widow, Mr. Alexander is survived by seven children, Mrs. Della Jaynes, of Seymour; Mrs. Gladys Mails, of Indianapolis; Merill, Lucille, Opal, William Jr., and Norma, all living at home; and a sister, Mrs. Anna Fish, of Norman Station. 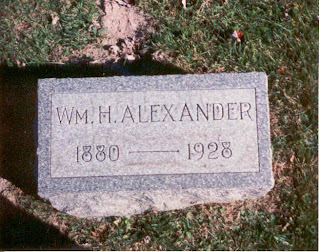